As a parent you only want whats best for you children, to keep them safe and provide for them, but what happens when you can not even afford to put a meal on the table for them? 2018 has seen that nearly 70% of people referred to food banks have dependant children and can not afford to make ends meet.

When Louise, 25 from Manchester gave birth to her third child it should of been a joyous time for her, but after the change to her circumstances resulted in a delay to her universal credits benefits leaving her and her three children in a horrible predicament.

“I had just given birth my to daughter, as well as having the added expense of having a new member to the family, I also had my two sons to care for.”

Being a single parent, Louise had to juggle spreading her low income further than ever to be able to feed herself and her children, as well as making sure the home had both gas & electric. Constant phone calls to the job centre to try hurry her change in circumstances to her rent and her income turned up futile, it was then that she realised she needed help. Louise felt like she had failed, her cupboards were nearly bear, she was limiting baths for her children and she relied upon her friends to wash her children’s clothes.

“I was not sleeping, I had the constant worry that I could possibly have my children taken away from me because there was a high chance I would not be able to provide them with food or warmth….I’d reached my breaking point. I remember sitting and thinking how have things got so bad, why is no one helping me?”

Regardless of all the help Louise was receiving from her friends, her rent had not been paid for nearly a month, her money was slowly running out. After speaking to her local housing association for advice she was referred to a local food bank.

“I felt like I was failing as a mum, its shameful to feel like you can not feed your children. I was so unsure about the food bank, would they look down on me? would it be enough?”

Not only did the food bank provide Louise’s family with food, gas and electric, they also provided the Louise with support through this difficult time. Finally Louise did not feel stupid, she knew she was doing the right thing for her and her children.

“The food bank staff there were absolutely lovely! I had coffee & cake while I waited and they listened rather than judged when speaking to me, they are very understanding and really helped me get back on my feet offering more advice.”

Despite the struggle Louise faced and other potential struggles, Louise continues to keep her spirits high and hopes for a better future, “I spent weeks struggling, we are still a little behind on things but emotionally we are a happy and healthy family, I would do anything for my children and I am hopefully that this will not happen again, but it is something that can not be predicted.” 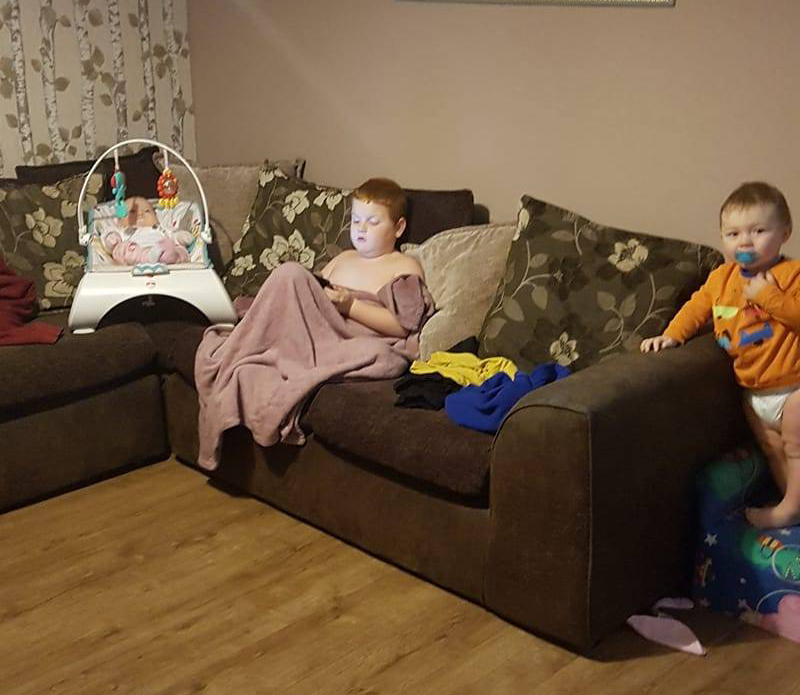 “It’s a shame that in this day and age they are even needed, we should not need them but the sad thing is people do! No one should go hungry!”

NO ONE SHOULD GO HUNGRY!

Louise is one of many that have had to rely on food banks due to issues that are out of her control. They help keep families together, they support and they prevent hunger.

Donate and help support those in need #TogetherweCANmakeadifference